Estrella Morales, 22, is home from her graveyard shift at a gas station and helps her mother, Corrina Arenas, 55, with the child custody application process for her four grandchildren by Arenas’ son, Fernando Reyes, 33 on Monday, November 16, 2015 in Oxnard, CA. Morales is concerned for her mother officially taking on the second half of her eight grandchildren that arrived in June. Morales, her half-sister Julie Marcos 23, and their brother Miguel Marcos, 17, are adjusting to a household of 12 people as the custody process moves along. Most of all, Morales is concerned for her mother getting overloaded. 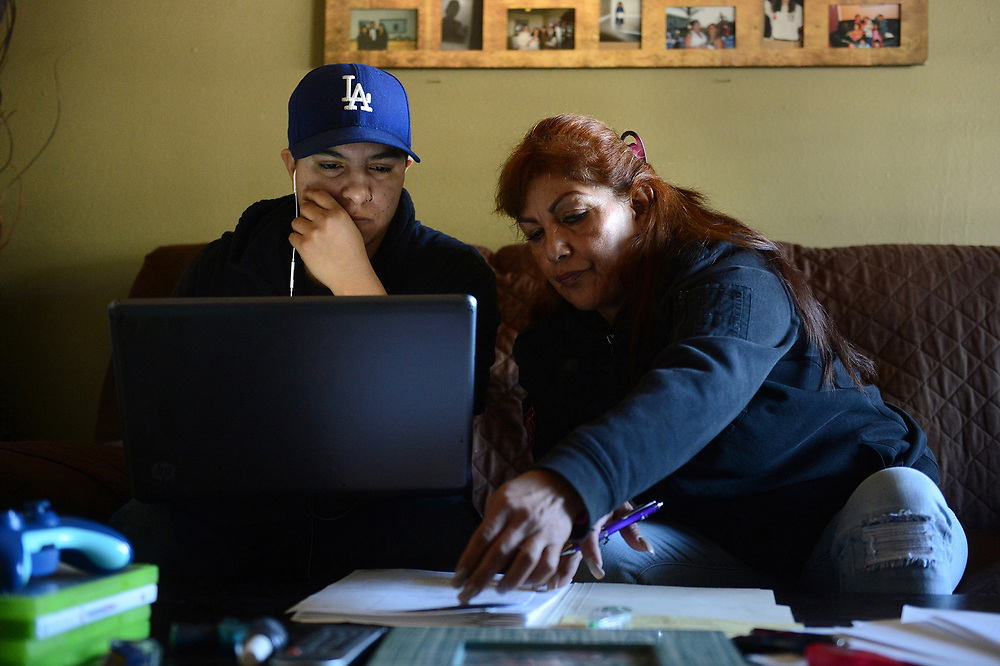