Corrina Arenas, 55, holds a tissue in her hand for tears during services at Victory Life Christian Center in Oxnard, CA on Sunday, November 11, 2015 while her daughter, Corrina Gutierrez (left), 32, has resurfaced in her life for now, to see her and her four children. Arenas has full custody of Gutierrez's children and is in the midst of seeking custody of her other four grandchildren by her son, Fernando Reyes, 33, who have lived with her in El Rio since June. Arenas says she is trying hard to do a much better job raising her grandchildren than she did as a mother to her six children. 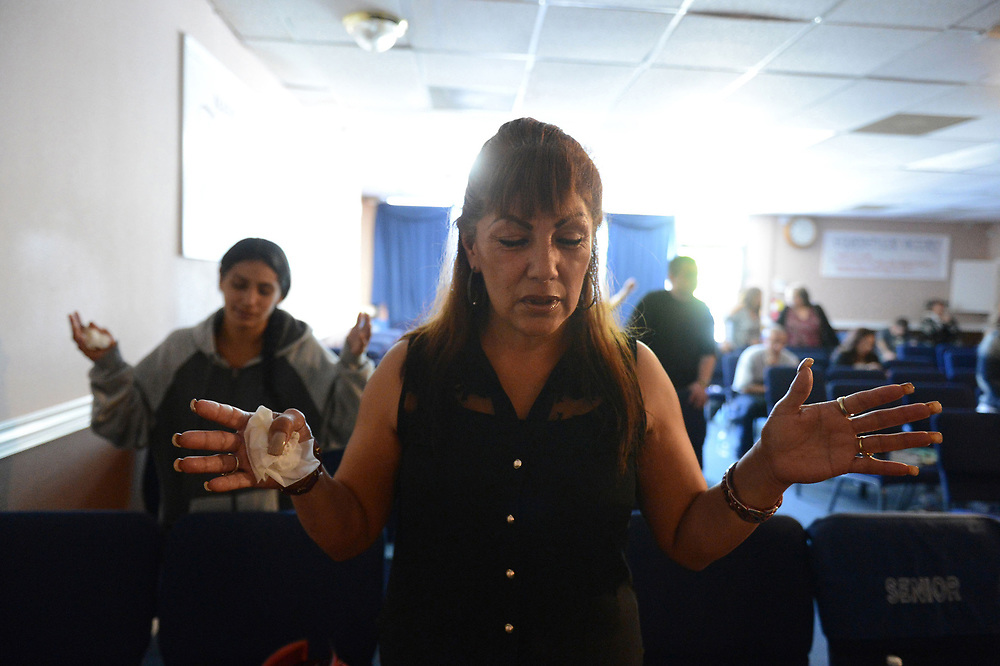